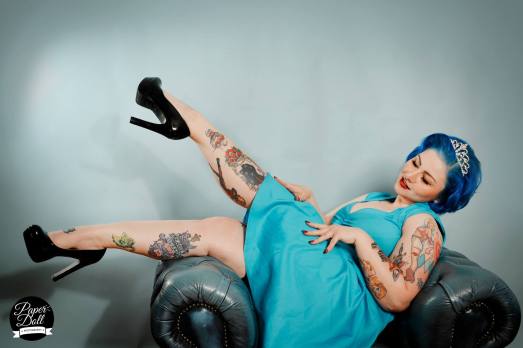 Huntsville’s own Miss Ivana Cupcake (Ruthie Lay) has crowned the annual Miss Dixie Danger since it’s origin in 2015. With years of experience with pinup style pageants and modeling Ivana has become well versed in the style and culture. Ivana holds the titles for Miss Modified (2012) and Miss Immersed in Ink (2014) having won both pinup/tattoo pageants the Huntsville area has seen in recent years. Miss Cupcake has worked with Paperdoll Photography, Revolution Photography, David Rocha and many others. Ivana has been featured on many social media sites, won numerous online contests and has been published in the Modified Dolls magazine and Drive-In magazine. Being a professional hairstylist and makeup artist Ivana is well suited to help choose Miss Dixie Danger.